Case: Implementation of Scaled Agile Framework at CloudMade. Is it possible to run SAFe in a month’s time at a company with 120 employees?

Tasks to be solved: run SAFe in the shortest possible time

Background: the company has done the methodology analysis which resulted in taking the decision to utilize SAFe in order to expedite the development process of the core product.

The company’s product is a high-tech one and requires participation of many diverse professionals. Having worked on Agile methodologies (SCRUM и Kanban), at a certain time, the company faced operational management problems. It became obvious that further development and growth of the company will cause new complexities.

The company’s Leadership Team studied varied frameworks on scalability, and having considered all the pros and cons, selected SAFe. In order to run it promptly, swiftly, professionally, and with a predictable outcome, it was decided to engage consultants in order to implement SAFe.

E5 consultants analysed the situation at the company and offered to implement the framework in two stages. The first being to implement a level of the programme – the basic version of Essential SAFe. At this point it was expected to solve the operational management problems of the product as well as management of the developers teams. 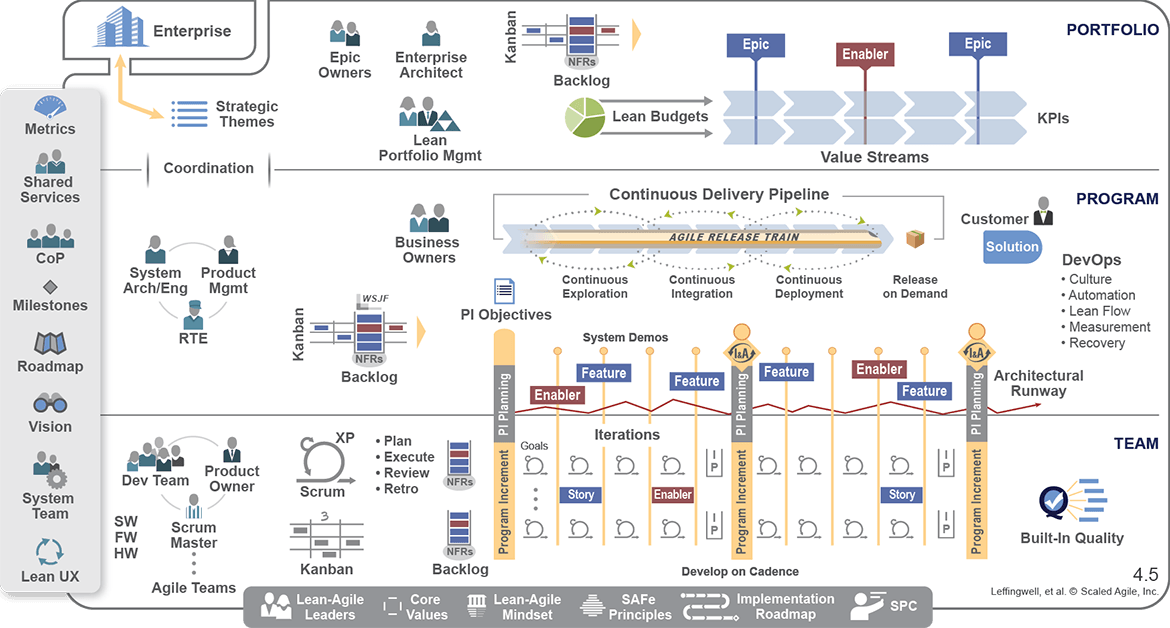 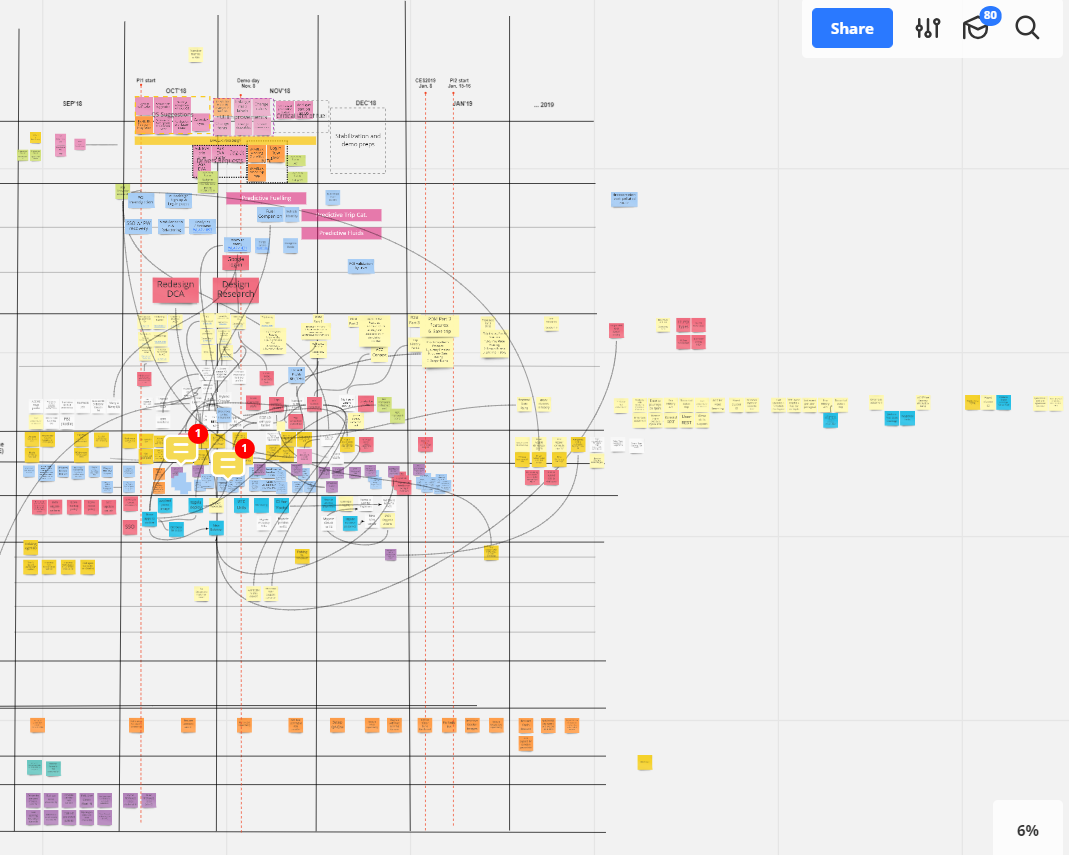 The first PI planning lasted 2 days with over 70 participants (8 teams). Key people from other countries arrived, such as Product Managers and Product Owners from Germany, Architects form London – without whom no effective planning would be possible. The planning process commenced from working on Program Board which reflected all the dependencies existing in the product at the stage of planning. Having worked on the dependencies, the tasks were split into sprints, and the planning was performed at the level of a team. Every team’s progress was displayed real-time on the main screen at the conference hall. Hence, all the participants of the process (including those who were not able to take part in it in person) could make adjustments while planning instead of running the process of clarification and resynchronising it over and over.

The more detailed description of the classic process of the planning has been provided by us in  the DOU article. 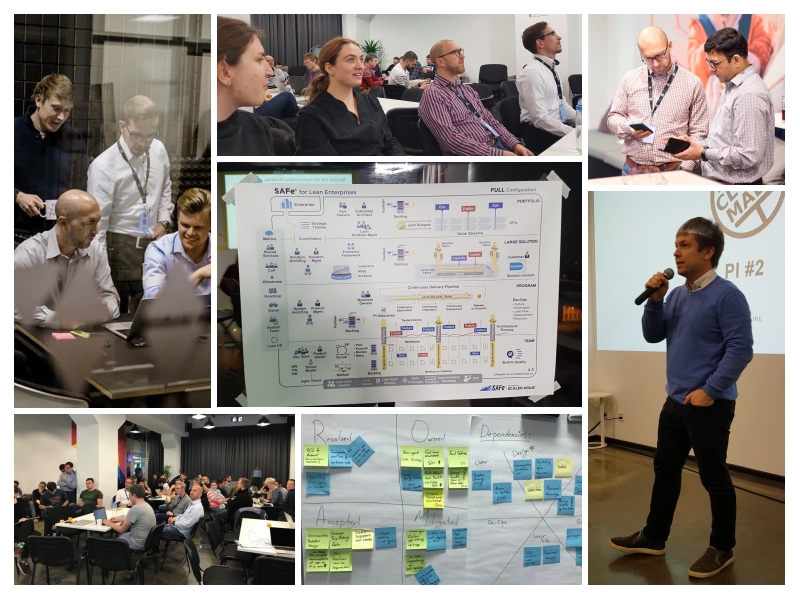 After 2 days of PI Planning, We held team retrospectives and received the feedback on the planning process itself, which allowed us to hold the following PI planning in a more efficient way

CloudMade got its first tangible business results even at the stage of conducting the first PI.

At this point E5 concluded their implementation of the basic version of SAFe. The next step was to implement SAFe Portfolio version. Such a step was a crucial one for  CloudMade  as of a product company since the validation process of business ideas must be conducted in a thorough and systematic way. Namely it allows to create a level of a portfolio. 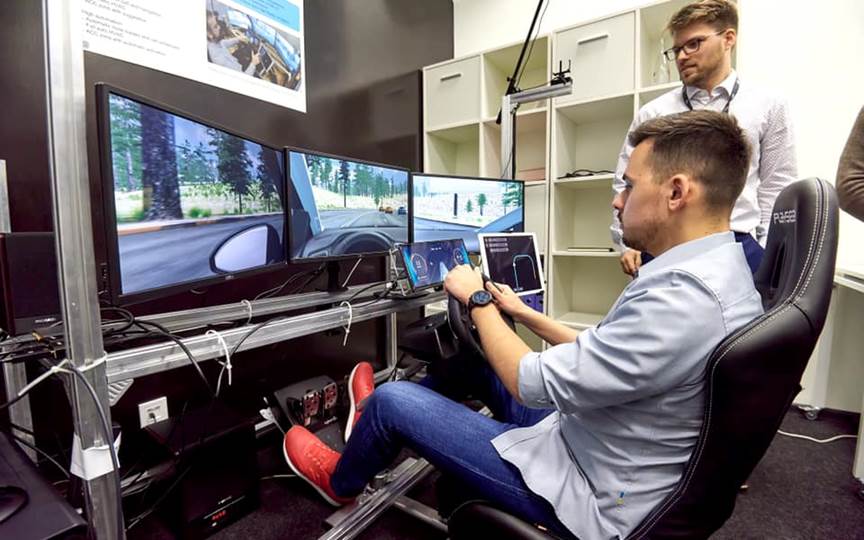 It allowed to prepare and hold the first planning Program Increment in a short period of time which was followed by company’s working based on a different methodology; the processes of  Inspect & Adapt followed. The framework itself allowed the company to solve their tasks in three substantive areas: the product (the vision of the product became clearer, the quality increased); the team (dependencies were resolved, engagement increased); and the general transparency of the processes and interaction.

If you have an interest in E5 consultants’ analysis and implementation of SAFe at your company, write to us at info@e5.ua